Hastom Nigeria > Blog > Uncategorized > Why are cashew nuts so expensive?

Why are cashew nuts so expensive? 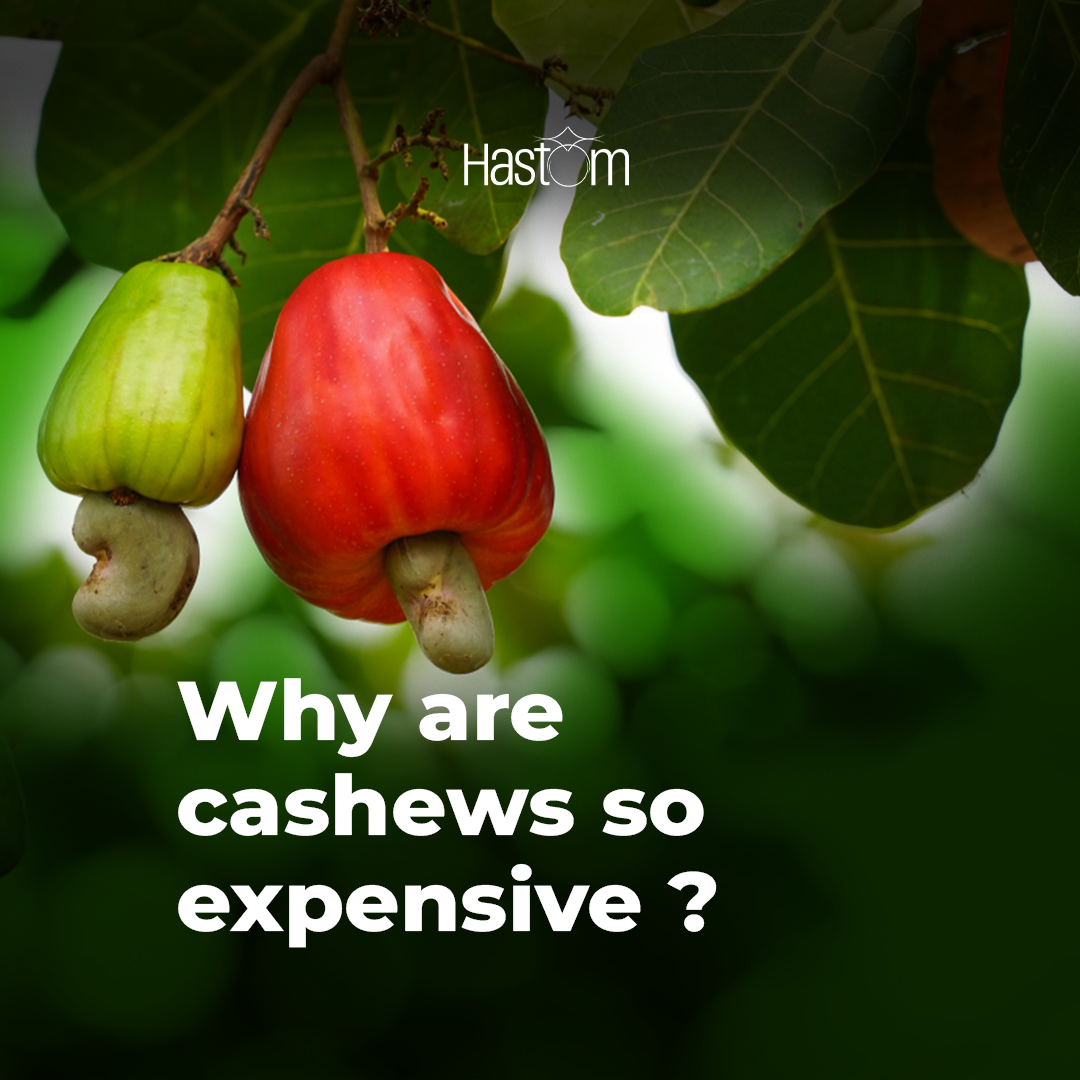 Cashew Nuts are unarguably premium nuts, they are one of the most popular and valuable nuts in the world with the cashew nut industry worth over $6 billion today. A kilogram of processed cashew nuts cost $10 in wholesale price and this is seven times the price of peanuts.

While an average consumer may have little to no idea on how the edible cashew nuts are processed, it is one of the factors that determine the price of cashew nuts.

Besides processing, some other factors that make them so expensive are:

1. Cashew is a seasonal fruit with high demand

A seasonal fruit with high demand presents a complex distribution and production problem for both consumers and manufacturers to solve every year.

Cashew trees start fruiting from the third year after cultivation, and reach maturity from seventh to tenth year. These cashew nuts are mostly harvested from January through May annually.

Due to it being a seasonal crop, processing companies are left with no choice than to aggregate as much as they can during the harvest season to ensure available stock for an all year production.

Growing only in tropical climates, cashew being a healthy and globally demanded nut, is usually exported from countries such as Nigeria, Vietnam, India, Ivory Coast, Benin, Guinea-Bissau among others to countries such as the United States, Australia, Netherlands, Germany, Canada, UK, etc. annually.

Globally, Nigeria ranks among the top countries for sourcing raw cashew nuts and with 19 producing states, Ogbomoso remains an undefeated location that feeds the global supply chain with the best quality cashew nuts which command the best market price.

Unprocessed cashew nuts are considered dangerous to eat or touch, the edible cashew kernel is enclosed in a shell that contains toxic oils that could cause burns if in contact with human skin. This is why processing cashew nuts before they become edible is more rigorous than processing other nuts.

As most processing companies are leaning towards a mechanized extraction process, the last step in the extraction process is done entirely by hands, this involves removing husk that contains tannins, which needs expertise and this is also one reason why cashew processing cannot be completely automated, it will still involve manpower. Thus, making this nut one of the most expensive nuts in the world.

Cashew farming is undoubtedly an untapped goldmine for smart investors. There is no sign of supply catching up with yearly increase in demand for cashew nuts and that is the opportunity.

To get started on the cashew farming business as a non-agricultural player can get overwhelming as the technicalities involved can be sometimes misunderstood. However, at Hastom, we ease you off the responsibility of catering to every need of establishing & managing a cashew farm.

Contact us today to learn more about how we can help you secure a fair share of the rewarding cashew industry.